KarimSyah is universally recognized as Indonesia's undisputed leading firm in domestic and international arbitration and alternative dispute resolution. Karen Mills was the first, and remains the primary, practitioner of international arbitration in the country, invariably noted as one of Asia's most "sought-after" arbitrators in Asia. She established Indonesia's Chapter of the Chartered Institute of Arbitrators (CIArb) over 20 years ago and remains their primary advisor, while she sits as arbitrator all over the region and also serves as counsel, both for the government and for private entities in many arbitrations in Indonesia and internationally. Iswahjudi Karim and Firmansyah also frequently sit as arbitrator or serve as counsel in domestic cases, and Mr. Karim has established and heads some of the industry-specific finance-based dispute resolution institutions in Indonesia. All frequently teach dispute resolution at a number of universities and private or CIArb courses in Indonesia.

Annually, we are ranked by just about every professional rating organisation as Indonesia's dispute resolution firm of the year. KarimSyah has successfully represented the Indonesian government in several investor-state arbitrations, including one of the only cases ever brought by a government against an investor. We also often handle all nature of private commercial cases before all arbitral institutions and ad hoc under UNCITRAL Rules.

KarimSyah also specializes in other forms of alternative dispute resolution, such as negotiation, mediation, and adjudication, and Firmansyah was instrumental in drafting Indonesia's user-friendly mediation legislation. 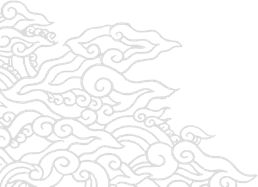